GTA V on Sale in June 2012 Predictions Come In 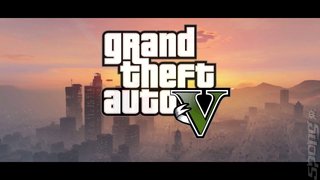 All Images (28) »
The GTA V trailer came out yesterday. So, when's the game out? Will it hit this financial year for Take 2 and therefore make up for LA Noire? Or will the company be bold and hold the game for the financial year 2012/13 beginning in April 2012? Analysts have been consulted...

Mike Hickey, analyst with National Alliance Capital Markets, says that "Rockstar does what they want and when they want to."

Okay. But when? "We believe Rockstar Games is modelling a four to six month marketing window for their upcoming GTA V release, suggesting a Summer '12 launch period."

Mike's not the only analyst on the block though, there's also Wedbush Securities' Michael Pachter. He, "would guess it does pretty well when it launches in June. They want to steal everyone's attention, and will do so with a launch in front of E3."

We consulted our own analyst who told us, "I don't bloody know. No one knows. I could be sometime next year. I'm sticking my finger in the air and saying 'April 22nd at 4pm GMT'"