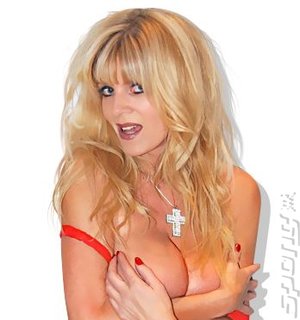 Poor Kim. No shooting games for her.
Thankfully for Dutch gamers who wish to be able to teabag their opponents in Modern Warfare 3, quick work from Activision has ensured that sex will not rear its ugly head at the game's launch in Holland.

According to the lady in question - Ms Kim Holland's (in Dutch and Google translated) blog:

"I actually promoted in the game. A few days before the actual premiere, it is another story. I am on behalf of the American publisher Activision canceled. Because you know to most people is broken pop sweet but sex is dirty."

Kotaku also pointed out that she says, ""People murdering people is neat but love-makers are dirty?"

She continues, "The American publisher of Modern Warfare 3 has indicated that they prefer no representatives of the adult entertainment industry at the party permit. And so there must be a number of ladies in England and the Netherlands are canceled."