Parental guidance is advised. You have been warned. 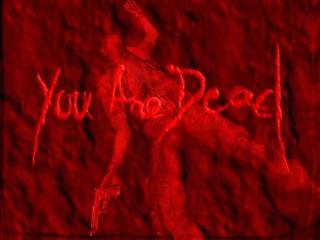 All Images (9) »
Those demonic types at Capcom have released more screenshots of the upcoming GameCube exclusive remake of Resident Evil.

Evidently, the resurrected Resident Evil game is set to return with a bloody vengeance. Capcom has stated that gameplay will be very similar to other games in the series, but more fluid than in previous versions. Pre-rendered backdrops and character models now blend in seamlessly for an immersive playing experience. Not much else is known about the game, but we can tell you you’re going to be in for a fright.

Are you sure you want to play it? Oh yeah!

Resident Evil GameCube will hit Japanese stores next March. Expect a UK release in the latter half of 2002.