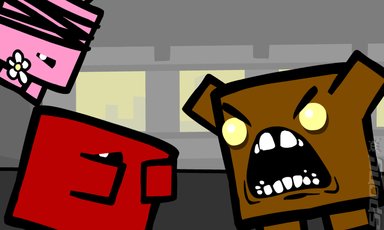 Won't somebody think of the children?
Super Meat Boy creator Team Meat's recent comments on its relationship with Microsoft seem to have stirred the industry somewhat. Now other developers are wading in on both sides in a fight reminiscent of the finest playground scuffle. In an email to Eurogamer (that apparently wasn't meant to be published), Mel Kirk from Zen Studio has spoken up in defence of Microsoft.

The Pinball FX developer said that "It's terrible they had a bad experience... Where we're coming from is, when is enough enough? Let it go already." Seems that he thinks Team Meat is getting a little whiny.

Edmund McMillen, one half of the Super Meat Boy maker, spoke about how he felt unsupported by Microsoft in an interview this week with IndieGames.com ? so much so that he stated that he'll never work with them again.

Cue Braid creator Jonathon Blow chucking in his two pence via Twitter, saying that Kirk didn't know what Team Meat went through and it had every right to complain. A heated discussion ensued between the two with Kirk insisting that everything's getting blown out of proportion and that there's "a whole bunch of us over here who are having a great time and will continue working with Microsoft."

Of course, every industry has its ups and downs, its heroes and villains. There's two sides to each tale, but with Team Meat continuing to be vociferous in its bashing of Microsoft, it's not surprising that someone stood up to defend the US giant. It's just very funny to watch from the sidelines while it all kicks off and other folks pile in. We'll keep an eye out for more developements.