From Corporate to Creativity in one (not so) easy leap 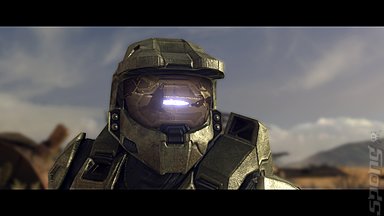 Lesson: Follow your dreams even though you may end up broke
Should you be worried when one of the Creative Directors of one of the biggest gaming franchises in the world jumps ship during the development of the latest title in the series?

Halo 4's Ryan Payton has done just that, skipping out of 343 Industries to begin his own startup called Camouflaj, leaving a huge company to go it alone. This kind of thing happens every day but while his departure will have little effect on the Halo behemoth, there's a bit more to the story.

"The Halo I wanted to build was fundamentally different and I don't think I had built enough credibility to see such a crazy endeavor through," he says. The game will still be great, insists Payton, just not what he envisioned. When he was then diagnosed with severe depression a few months ago he realised that it was time to leave. No longer inspired by the game he was creating, he knew that it was time for a change. Family issues compounded the matter, as did attitudes towards his ideas from others in the industry.

His determination won through in the end. The desire to create something that was entirely his idea grew and Camouflaj was born. While he is secretive about what the studio is currently working on, he has huge plans for the future. "I want to make a game that one billion people play at once, and it's something that hits them harder than a great book or film," he says. Payton also realises that people will say he's crazy, but where would the world of games be without innovation?

If someone is willing to step away from one of the biggest games in the world to follow what they want to create, more power to them. The industry needs people who are ready to take that one giant leap and whatever Payton comes up with could well be the start of something entirely new. All we can do is keep an eye out.