Not as benevolent as you first think 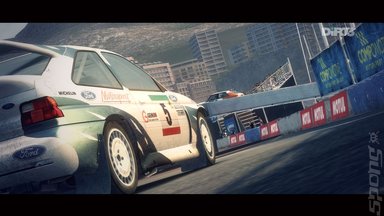 The world's greatest free demo
Seems that it's the time of year where developers are making a few mistakes. Maybe they're tired? Anyway, following Deep Silver's releasing a dev build of Dead Island on Steam, Codemasters has taken to ball and run with it. On a one-to-ten scale we're looking at a solid 9.5 as they've somehow managed to potentially give away around three million copies of Dirt 3.

In a promotional giveaway in conjunction with AMD, people who bought a new graphics card were to be given a free copy of the rather splendid racer, claimable through a download code. Reserving the codes like professionals, they prepared for the promotion by keeping them separate. What they neglected to do was actually keep them secure...

Leaving them on an open webserver, fully accessible to the public, probably wasn't the best idea. When the list started doing the rounds they must have noticed something was wrong when people started grabbing their unintentionally complimentary copies of the game. Admittedly it's a pretty easy to fix - the codes are valid only through Steam so Codemasters and/or Valve could just go through the list picking off offending downloaders. It's still a pretty major screw-up though and while we shouldn't point and laugh, a little schadenfreude is always nice.

Codemasters are yet to comment but when we have an update, you'll be the first to know.