Dead Island On Steam is Not All It Should Be 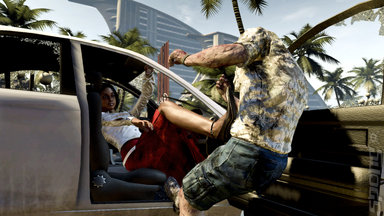 You bloomin' IDIOT, Dave! Why didn't you CHECK?!
Uh oh. Looks like someone over at Deep Silver has made quite the booboo with the Steam version of the much-anticipated Dead Island.

It would appear that whoever was responsible for making sure that all was alright with the release didn't quite check that the correct game was put out and somehow managed to put out a developer build instead of the proper game.

Have a look over at the Steam forums for updates on what people are finding (and believe me, they're finding lots of fun stuff). Deep Silver will invariably be scrabbling about like maniacs trying to sort this one out as it's quite the monumental screw-up... Also, be sure to check out our review of what we promise will be the full game later on today.