Sony Gamescom Conference to be Streamed on PlayStation Home

A reason to use PlayStation Home this year! 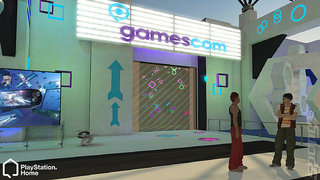 Gamescom is just around the corner, and if you're not lucky enough to be heading to Cologne next week then you can finally make use of that PlayStation Home application on your PS3. Sony announced it will be streaming its press conference in a special virtual event space.

The SCEE Gamescom Home space will be available to download on the 16th August from 4pm BST via the Navigator menu. After which, you'll be able to rock in with your Batman costume (and God knows what else) and watch the whole thing pan out from 6pm BST onwards.

It's not the first time Sony has offered this functionality in PlayStation Home, with players having the chance to watch press conferences in past years. Let's just hope that you'll be able to turn off all background noise in the event space whilst you're watching the damn thing this time around.