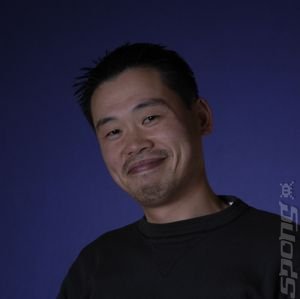 According to Andriasang, "DeNA has signed on some major game industry names to produce content for its popular Mobage social gaming network. As part of the company's new Super Creators initiative, producers like Keiji Inafune, Suda 51 and Yuji Naka will develop games for the service."

That's right, five huge names in Japanese gamning will be lending their talents to the Super Creators project it was announced at a press conference.

Keiji Inafune - former Capcom head of development will produce an app called J.J. Rockets, possibly an action game.
Suda 51 - top man at Grasshopper Manufacture will be looking to bring something of No More Heroes to the social side.

Yuji Naka - Sonic creator and now at Prope, "hopes to release a game that uses positional information and has growth and adventure elements."

Yoshifumi Hashimoto - Marvelous Entertainment's man could bring a Harvest Moon title online. "The game will link up with weather and seasonal information and will allow for communication with friends" says Andriasang.

Noritaka Funamizu - of Crafts & Meister. Working on a game or brand called "Nama-ge."

Apr|'18
Suda51 on Travis Strikes Again
Apr|'17
The Silver Case
Sep|'13
Infaune Not Bothered by Xbox One Delay
Jun|'13
SUDA51: I Don't Mean to Offend When it Comes to Sexuality