Epic Citadel, with a Japanese flavour. 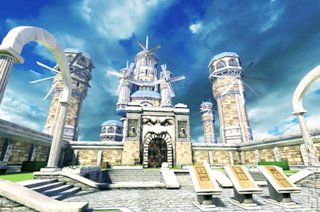 Prope Discoverer is Ł1.79 on the iOS App Store. Let us know what you think in the comments box below, if you fancy taking the plunge.
Companies: Prope Tokyo
People: Yuji Naka