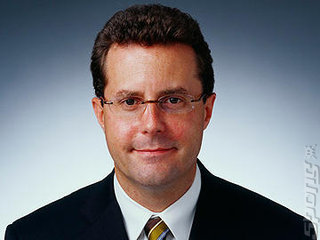 Yup, despite rumblings that the PSN hack might put a crimp in Kaz Hirai's rise up the corporate ladder to his eventual final destination as CEO, he has in fact been promoted.

On top of this Sony announced the retirement of Akira Sato, Chairman, effective August 31, 2011, and that "as of June 28, Ken Kutaragi has retired from his role as Honorary Chairman of SCEI." That said, Mr Kutaragi - aka Father of Playstation - will "continue in his role as senior technology adviser of Sony Corporation."

Included in the reshuffle - which certainly looks forward to Sir Howard Stringer's retirement as Sony CEO - "Jim Ryan, Executive Vice President and Co-COO of SCEE will assume the role of President and CEO of SCEE as of September 1, 2011."

Let's finish with a suitably business quote from the Mr Hirai himself, "In fiscal 2010, we achieved profitability for the first time in five years as a result of group-wide united efforts, including continuous cost reduction for PS3 in which I first took the initiative after assuming President of SCEI in December 2006.

“We are facing new challenges this year, such as the successful launch of PlayStation Vita and further growth of PS3 platform as well as expansion of non-gaming business. I’m confident that the skills and expertise Andy has gained over two decades working for Sony and SCE Group will contribute enormously in leading the PlayStation business and to bring new initiatives in managing the business in the networked era.”