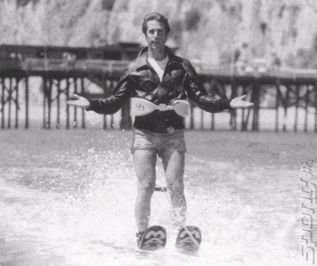 EA's CEO John Riccitiello is not relying on the quality of his game - Battlefield 3 - to take the war-fighting, online multiplayer, DLC, FPS crown from Activision's Modern Warfare. He's relying on insults.

He begins a recent interview gently, "The honest truth is I think Modern Warfare is going to be a really good game."

But then he heads off into the world of schoolboyish invective with, "I think that in a weird way it?s starting to feel a little to me like the Disneyland abstraction of a war game ? a little bit jump the shark.

He's also not got much time for the Elite online 'experience' that Activision is bringing to market, "I don?t know what?s in Elite right now, but based on what I?ve seen", which will have been what everybody else has seen, "I think they might?ve been better off holding the Elite thing and been a little more careful and show up a month after they?ve launched Modern Warfare 3."

And finally in this festival of false aggression, Mr R gives gamers of the Modern Warfare what for, "A lot of people bought Modern Warfare more for the coffee table and didn?t play it for 2 months. There?s sort of that mass audience... they?re going to win there. The question is, 'So, if the gamer buys our game and the mass audience buys their game, where do the two meet?' And all I want to do, if you will, is to have them rot from the core."