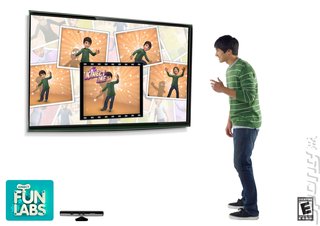 All Images (8) »
Microsoft's public face of Kinect, Kudo Tsunoda, has been extolling the product that pays his wages. Slightly more surprisingly, however, is the fact that Epic's Cliff Bleszinski has piled in as well.

Talking about Kinect's Fun Labs project (live now on Xbox Live) and the fact that developers can upload and vote on each other's offerings via Kinectshare.com, Tsunoda noted last night that:

“We’re going to start running contests letting everybody who’s creating stuff for Kinect get voted on by the community as to which of those things should come across to Funlabs. It’s making a community out of all the developers – whether it’s game developers or independent creators – and players, and bringing them all together in one place..."

This seemed to appeal to Epic design head Cliff Bleszinski who piped up with that fact that he, "...fricking love(s) the way you guys are embracing this homebrew hacking community instead of trying to fight it. I think it’s so hard to leverage that, and they’re doing such good things. And that finger-tracking is shit-hot, as well.”