Inafune: I Broke the Rules to Make Lost Planet and Dead Rising

Had to step over Capcom management to get original titles made. 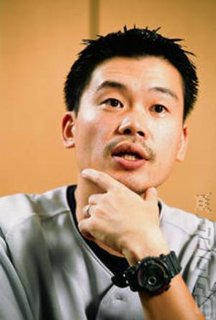 Keiji Inafune has been talking to university students about game design, and revealed that he ended up saving Capcom from financial trouble - all because he broke the rules of the management in developing Lost Planet and Dead Rising.

Speaking at the Ritsumeikan University in Kyoto, the former Capcom development head recalled a policy that outlawed the development of any original content. Concerned with risks, the company's management would forbid the creation of everything except for sequels.

According to Inafune, the actual rule was 70-80% sequels and 20% new titles, but the reality was that no original concept got approved. His pitches for Dead Rising and Lost Planet, as a result, were expectedly rejected - but he decided to start work on the titles anyway without the management's consent.

Inafune's loophole came with the fact that each development division within Capcom was responsible for its own budget. This included prototypes, which the designer took advantage of to create a work in progress build of the two titles that far exceeded the studio's budget. Lost Planet's prototype, for example, exceeded the studio budget by 400%. Inafune's reasoning was that, having spent all this money already, the management would have no choice but to green-light the project.

We all know what happened next. Lost Planet and Dead Rising became successful money-makers for Capcom, selling millions of copies worldwide. Inafune said that the result helped Capcom's earnings and stock price, but was prepared to be "fired for war crimes" if the games ended up being flops.

Inafune also championed Capcom's angling towards the Western market in the years leading to his departure. He's now doing things for himself, maintaining a development blog but has revealed no plans as to what his next move might be.