US Games Publishers Association Not Getting Political 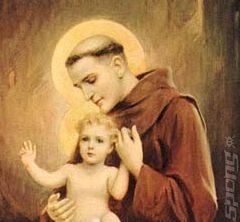 In 2001 a Federal Trade Commission 'secret shopper' study discovered that 86% of under-age kids could walk into a US store and buy and 'M' rated game. This year that number is down to 13%.

"Those who would criticize the industry?s commitments are either ignorant of facts or are actively pursuing a political agenda.?

He says, not pursuing a political agenda himself in the face of the Supreme Court's forthcoming judgement on a Californian law seeking to ban sales of inappropriately rated games to kids.

Bo Andersen, president and CEO of the Entertainment Merchants Association pointed out - again obviously not politically at all, ?These numbers demonstrate once again that industry self-regulation can and does work.

"There is no need for punitive government regulation, such as the California video game law that EMA and the Entertainment Software Association are currently challenging in the U.S. Supreme Court."

"We are extremely pleased to see the Federal Trade Commission confirm not only that the video game industry continues to have the highest rate of enforcement at retail, but that it continues to climb higher than before. The strong support that the ESRB ratings have enjoyed from retailers is crucial, underscoring their firm commitment to selling video games responsibly.

"We congratulate game retailers on this indisputable validation of their efforts, and commend groups like the Entertainment Merchants Association and our own ESRB Retail Council members for their ongoing work and progress in preventing the sale or rental of M-rated games to those under the age of seventeen."

We are, in fact, all saints and the ESA and the ESRB are not political. FACT.
Companies: ESRB