Well, the ESRB is swapping from people to machines 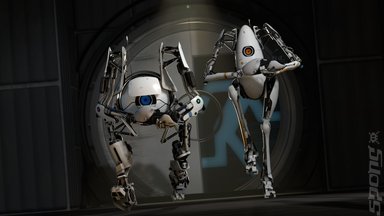 You are 'I' for "Immature"
North American game-rating board - the Entertainment Software Rating Board (ESRB) to "begin introducing computers to the job of deciding whether a game is appropriate for Everyone, for Teens or for Mature gamers" according to The New York Times.

As of today, "the main evaluation of hundreds of games each year will be based not on direct human judgment but instead on a detailed digital questionnaire meant to gauge every subtle nuance of violence, sexuality, profanity, drug use, gambling and bodily function that could possibly offend anyone."

Publishers will send in a questionnaire which, according to the NYT is "like a psychological inquest into the depths of all the things our culture considers potentially unwholesome."

The ESRB does, however, state that "All games rated via this new process will be tested by E.S.R.B. staff shortly after they are made publicly available to verify that disclosure was complete and accurate.?

Here's one reason why: "Last year the board rated about 1,600 games, of which up to 30 percent were only online. A few years ago there were almost no online games to review. By contrast, the motion-picture board considers around 850 movies a year. (And most video games are far longer than the average film.)"

This new system, of course, comes a week or so before the Supreme Court rules on the legality of a Californian law aimed at regulating the sale of video games to minors.
Companies: ESRB