Go on, have fun 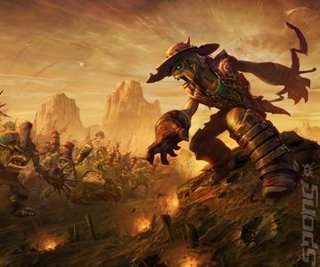 GameCity in Nottingham is due for its next festival on Thursday April 28th. This time around the event will see Yorkshire-based developers Just Add Water discuss the perils of working on cult titles.

Basically, Season 2 Episode 4 of GameCity Nights as the regular feast of gaming is called "will feature Stranger?s Wrath HD and will take place at Antenna, Beck Street, NG1 1EQ on April 28th, from 6-11pm."

In terms of the latest Oddworld outing, from 6pm Stewart Gilray, CEO of Just Add Water, the team responsible for reinvigorating franchise, "will deliver this month?s Frontend section, delving into the life of a studio head, from his early beginnings to the daily challenge of leading a team of talented developers, and reassuring a vociferous fan base their beloved franchise is in safe hands."

Then at 8pm, Stewart "presents the moment fans have been waiting more than six years for; Stranger?s Wrath with updated, HD visuals. Charting the process of adding shiny bells and whistles to an already brilliant looking game, fans will see the progression from start to finish."

Oddworld creator Lorne Lanning will also have some input as he looks at the series? past, present and future.