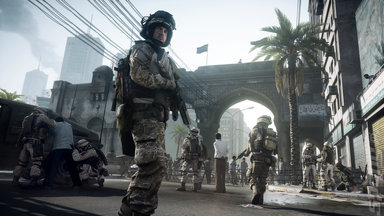 DICE executive producer Patrick Bach has stated that despite Battlefield 3 and its Frostbite 2 system pushing both Xbox 360 and PS3 to their "absolute limits", he's not aware of any new console from either Microsoft or Sony.

He actually says, "I don't know what the big corporations are thinking but definitely we are desperate to move on into the next generation. I think Battlefield 3 will look like a next-generation game and all the technology we're building, the whole Frostbite 2 system - the animations, audio, everything - is trying to aim for a couple of years in the future, rather than looking at what we have today.

"We are already there. If Microsoft or Sony were to release a new console tomorrow, the engine would scale onto that platform, because we have been looking at not only the PC technology today but also speculating what will happen tomorrow when it comes to these things."