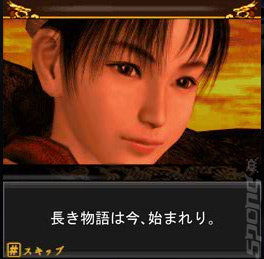 In today's episode of Where In The World is Yu Suzuki, it seems that the legendary Japanese developer is still beavering away at his mobile casual gaming project, Shenmue Town. But, while the game is only available on Yahoo mobile in Japan, there is a desire to get the game on Android and iOS too.

"From the start, I?ve been thinking of this as a multiplatform game," Suzuki told Gamasutra. "So I?m thinking about smartphone strategies right now." He added that Android and iOS would be good platforms for a port, but "the experience definitely needs to be customized for the smartphone" if it were to happen.

Shenmue Town is a social networking game where players assume the role of a Yokosuka townsperson as you raise your fighting abilities in a nearby dojo. You can communicate with other players and visit their dojos to spar with them and improve your statistics.

It's a concept that has long been in development, with a collaboration with a Chinese developer planned several years ago to create a full-scale MMO titled Shenmue City. Suzuki has said that to use the word 'City' for this mobile game describes the experience as "too large," so he has officially renamed it to Shenmue Town.

Of course, what we all really want is Shenmue 3. Obviously.
People: Yu Suzuki
Games: Shenmue