March/April are the months quoted 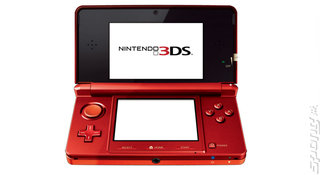 Some potential dates have emerged for the release of Nintendo's upcoming handheld, the 3DS..

Retailer Gamestop Spain has listed an April 7th release for the portable in Europe (courtesy of Exponente Geek) with a price tag of ?249.

A free French newspaper carries a date of March 19th (a Saturday) as the 3DS' release date in Europe, but no price.

Nintendo has yet to announce an official release date beyond the month of March. Press events are due to be held in Amsterdam and New Yorkover the next two weeks. The machine will officially launch in Japan on February 26th.

Are you going to pick up a 3DS when it is released in Spring this year? Any thoughts, feel free to post them in the Comments section below.

Justin 6 Jan 2011 04:22
2/5
Obviously this is a PSP and even GAYSTATION 3 killer. Sony is finished. They are 4 years behind in motion technology because they wanted to implement giant enemy crab at launch. Nintendo is the leader and innovator. Sony sucks American balls.
more comments below our sponsor's message

JDEofVGC 6 Jan 2011 04:47
3/5
Well, I know that this release date is incorrect, because Nintendo has already stated that the 3DS would be released before March 31st.

@ Justin - Troll much?
The 3DS won't kill the PSP, it's already dead. The PSP2 isn't, though. PSP2 may be a huge success, it depends on what the market wants and what Sony deliver. Nintendo have always had the upper hand in the past with portable consoles, but who says they won't get it wrong this time?

EcakCake 6 Jan 2011 19:18
5/5
@Justin Hate to tell you this, but both Sony and Nintendo are from Japan
Posting of new comments is now locked for this page.