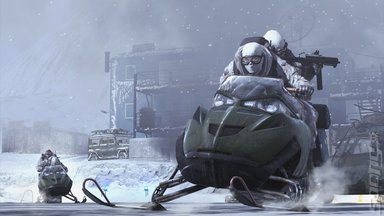 Electronic Arts has rejected claims made by Activision that it interfered in its affairs with Modern Warfare 2 developer Infinity Ward, stating its inclusion in a $400 million lawsuit against Jason West and Vince Zampella as a mere "PR play."

EA spokesman Jeff Brown said, "This is a PR play filled with pettiness and deliberate misdirection. Activision wants to hide the fact that they have no credible response to the claim of two artists who were fired and now just want to get paid for their work."

The legal battle between the former Infinity Ward heads and Activision has not been pretty thus far, with West and Zampella launching suit against the publisher for avoiding royalty pay and unfair dismissal.

Since being fired by Activision bosses earlier this year, they have set up Respawn Entertainment and signed a deal with Electronic Arts.

Activision, in turn, has just last night amended its countersuit to allege that EA had poached the two developers, in secret discussions that began as early as July 2009.

The hearing of Jason West, Vince Zampella and the Infinity Ward Employee Group vs. Activision will take place on the 23rd May 2011 - the court will decide in January whether there are grounds to add EA as a cross-defendant in the process.
Companies: Activision Electronic Arts Infinity Ward
Games: Modern Warfare 2