What happens next with Alex Mercer 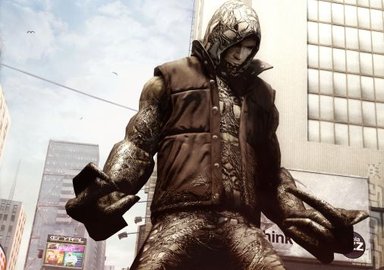 The ongoing argument: "inFamous or ProtoType?" that turns the SPOnG office into a hailstorm of insult and sick burns is set to re-ignited as Activision announces ProtoType 2.

Alex Mercer - the hero of the first game returns. In fact the game returns because, according to Ken Rosman, Studio Head, Radical Entertainment, "When Prototype surpassed 2MM units we knew gamers would want a sequel to find out what happens next with Alex Mercer."

No release date yet. But there is a trailer.