Hello Games "Some Game Developers Don't Play Their Own Games"

Not all doom and gloom 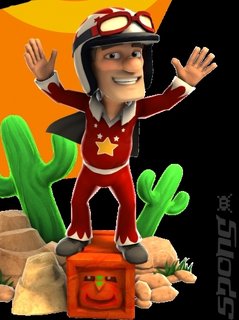 All Images (2) »
The head of indie developer Hello Games, Sean Murray, has rallied for developers to bring more creative and commercial enthusiasm to their future titles.

Speaking at the Evolve In London event yesterday, Murray explained that "Some game developers, they don't play their own games, they don't feel it's an expression of themselves."

Murray added that he thought some of the titles that existed within the social gaming space were reminiscent of this, adding that there are pyramid scheme-like elements that a creator who wants to play a game would put in.

The developer added that "If you're having no fun making your game then you're in trouble," explaining that touch screens, processing power, voice control, cameras and augmented reality allow for "more interactivity" and as a developer excited him with 3D remaining in the "maybe" category for now.

Murray also discussed the potential of motion control, explaining that "inaccurate motion control actually reduces interactivity and that's harmful." He highlighted this via a video that a player who places third in a Kinect Joyride race without any movement on his behalf.

The developer also complimented developer Popcap for its improvements to online title Peggle.

Do you agree with Murray's comments? And do you think all games should emphasise that commercial and creative spark? Any thoughts, feel free to post them down below.