Game goes gold, and Hello Games dusts its hands off the daredevil series. 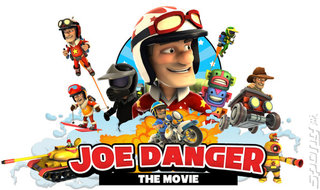 The rather fantastic-looking Joe Danger 2: The Movie has been locked down for a September release on Xbox Live Arcade, after news that the game went gold yesterday.

Hello Games told Eurogamer that it was finished with Joe Danger after the release of the long-awaited sequel. There will not be another one. "When we heard the news that we'd gone Gold, everyone was shouting and celebrating," said Sean Murray. "I felt really sad for a minute though and I couldn't figure out why. I think it's that Joe Danger is done now. We're not going to make another one."

"Don't get me wrong, I think this game is great, the best thing we've ever done and it feels like we finally nailed it. It's a huge game made by a small team. We owed Joe a great swansong, a game that hopefully people still remember playing in ten years time. I hope we've done that."

Joe Danger was an instant hit when it was launched on PlayStation Network in 2010, offering players a sidescrolling mixture of racing and platforming as the eponymous daredevil motorbikes his way through treacherous terrain. Joe Danger 2: The Movie ramps up the action by including a range of other sports and activities.

Release dates for the PC and PSN versions of the sequel have yet to be announced.
Companies: Hello
Games: Joe Danger 2: The Movie