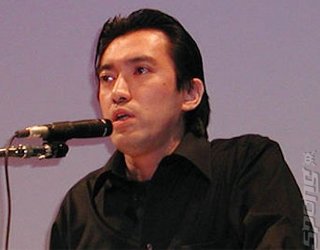 Shinji Mikami, best known as the creator of Resident Evil and Phoenix Wright, has joined Zenimax Media, the parent company of Bethesda Softworks.

The move is part of a deal that sees Zenimax buying Tango Gameworks, the studio founded and run by Mikami.

While Tango boasts Mikami's leadership, as well as having apparently attracted talent who have worked on the likes of Bayonetta, Devil May Cry and Final Fantasy, it hasn't actually developed anything yet - at least nothing that's been released.

Still, it's a coup for Zenimax. Most recently Mikami worked on the just-released Vanquish, while he also has a game in the works with Suda51. That one might be a little awkward, given that that project is set to be released by EA. Sound familiar?

?It?s refreshing to find a publisher who understands, trusts, and supports the development of blockbuster games and works to make it a collaborative effort,? said Mikami. ?The library of AAA franchise titles ZeniMax owns speaks for itself. We are very excited to be joining ZeniMax and working with a company that is dedicated to creating the best games ever made.?

Tango will be developing titles for publication by Bethesda. Other developers owned by Zenimax include id Software, and Arkane Studios.

Although Tango isn't Zenimax's first big purchase by any means, Tango will be the only studio based in Japan to fall under the Zenimax banner. In a time when many Japanese publishers are looking to acquire and partner with Western devs, no less...
Companies: Bethesda
People: Shinji Mikami