Apparently this means the Epic will surely make Milo 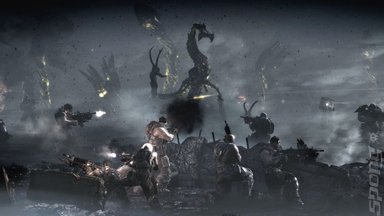 Peter Molyneux has been a guest speaker at Epic, according to Executive Producer of the Gears of War franchise at Epic Games, Rod Fergusson. Peter showed off Milo. This can only mean one thing.

According to Mr Fergusson's Twitter account, "We have guest speakers come and give lectures to the company. We were fortunate enough to have Peter Molyneux for the latest one."

He continued, "Ok so after watching Peter demo Milo to Epic, it looks really cool. I'll definitely play it".

Obviously this does not mean that Peter Molyneux showed the Milo demo to Epic and then went to dinner to discuss programming and games. No, obviously it now means that Epic will be collaborating with Molyneux on some kind of Gears of Milo game!

No, no it does not.
Companies: Epic Games Lionhead Microsoft
People: Peter Molyneux