Wii 2 to get Cell Processor as IBM Breaks Cover?

IBM working with Sony and Nintendo on Cell development 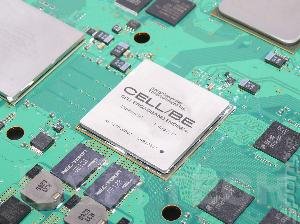 At the heart of the PS3 lies the Cell processor developed now by IBM. It could, if an executive at the company is to be believed, also be at the heart of a new Nintendo unit.

PCWorld quotes Jai Menon, CTO of IBM's Systems and Technology Group stating that,"IBM is working with gaming machine vendors including Nintendo and Sony" on the processor.

The current Wii already uses an IBM-sourced processor and Nintendo's once hugely successful casual console is in dire need of a make-over in order to compete for household cash with Sony, Microsoft and Apple.

The report also quotes Mr Menon as stating that, "I think you'll see [Cell] integrated into our future Power road map. That's the way to think about it as opposed to a separate line -- it'll just get integrated into the next line of things that we do.

"But certainly, we're working with all of the game folks to provide our capabilities into those next-generation machines."

He continued, "Some of this consumer stuff is also a cloud play. There are giant servers out there that provide some of the gaming capability. Some of that will come through cloud-based offerings as well."

So, a Wii in the Cloud? Comments below please.