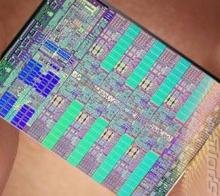 Recent rumours - and it must be said, speculation puffed into 'news' - about the death of the Cell processor that sits at the heart of PS3 and the PS4(!) have proved to be groundless according to IBM, which makes the damn things.

PlaystationUniversity stated, "It's has been confirmed that IBM will be pulling out of Cell development, with their current PowerXCell 8i to be the company?s last entrance in the technology", back on November 20th.

IBM doesn't appear to agree, with its spokesperson Ron Favali telling Kotaku, "As long as we have a contract with Sony we will continue to manufacture Cell processors for use in the Sony PlayStation."

Not only that but, "the core technology of the Cell processor will continue to proliferate throughout the IBM product line", said IBM's vice president of deep computing, David Turek.

Still, it did enable some "PS4 Dead" stories to circulate... which must have been good for someone.
Companies: IBM Sony

Pablo 25 Nov 2009 03:55
1/2
I think with Intel and other competitors releasing their own type of cell processors, this won't be going away.

Will Roach 3 Feb 2011 09:17
2/2
I think Ps3 is headed in the wrong direction, all of the hype about the ps3's cell processor was accurate. However game developers don't want to work with the processor, to put in the time and effort to colaborate their games with such a unique system. This has led to an Xbox360 sales lead because game developers are leaning towards having their games released on a system that requires less effort so they can get their labels out faster. Keep the blue-ray, keep the free internet. Make the system more simple from a technological standpoint. Then we'll be headed in the right direction.
Posting of new comments is now locked for this page.