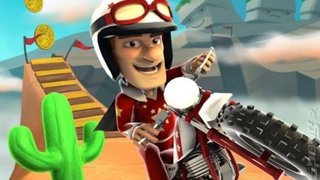 A consultancy firm that helps developers publish content on Xbox Live Arcade and PlayStation Network has predicted that Sony will win out against Microsoft in the digital distribution stakes for "higher quality" content.

Adam Boyes, a former Capcom developer and founder of Beefy Media, said that the PlayStation 'Pub Fund' - which guarantees development budgets for self-published PSN-exclusive titles - will help Sony's platform get the edge over XBLA.

The comments come as Boyes tells GI that the digital distribution landscape has evolved. "I think the quality control of some of those titles early on... [the platform holders] wanted content - they wanted a lot of stuff on the channel.

"But as we evolved the games got better... more dollars [were] being spent on the games, so Microsoft wanted to spend more time on fewer titles - but at the same time the blade was getting crowded with the Facebook stuff, Zune stuff, and all of a sudden my content is harder to find, and there's less of it," Boyes added.

"But it's been an interesting evolution - I think Sony right now, if they continue to focus on the indie stuff, more of the Joe Dangers of the world, and the Pub Fund really comes up with some more great content then they could be the ones having more content pumped out that's higher quality."
Companies: Microsoft Sony
Games: Joe Danger

I'd like to see an average metacritic score of the top 25 xbl/psn games. Someone do it, do it now.