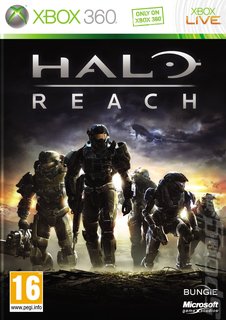 Users visiting a Halo: Reach website can control a real-life robot situated in a San Francisco warehouse, as it builds a monument for Noble Team, the group of Spartans that will be starring in the prequel.

In a deal with PepsiCo, 300 million Mountain Dew bottles will have Halo branded packaging, as will 30 million bags of Doritos. There will also be a highly publicsed tie-in with the Ultimate Fighting Championship.

Microsoft's director of global marketing communications for Xbox (phew), Taylor Smith, said that the live-action films will be akin to that of Halo 3's "Believe" trailer and will aim to tug at the heartstrings of hardcore gamers around the world. "You don't have to know anything before going into it. We're trying to tell the story in broad strokes and universal themes that people know all around the world. And get our core fans even doubly excited."

"We're trying to get people to connect back to their lives, not computer graphics or something overly sci-fi," he added. "Live action is a way to capture that."

Microsoft did not reveal how much they are planning to spend on Halo: Reach's marketing, but according to Advertising Age, the company spent $12 million in media for its Xbox division, and that it definitely beats the budget for Halo 3.