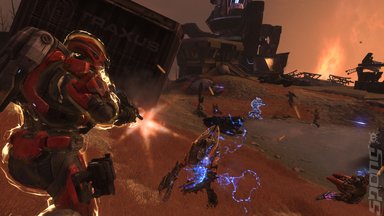 Halo: Reach has fallen into the hands of game modders a month before its 14th September launch date.

Microsoft had placed a version of the blockbuster title onto Xbox Live Marketplace for reviewers to download, but the mod group managed to circumvent the system's security measures to grab it for themselves.

IGN reports that the modders "are not really planning on releasing" the game to the general public. Microsoft has said that it is "aware of claims being made regarding a security exploit related to 'Halo: Reach' and are aggressively investigating the matter."

Forum moderators on Bungie's official forums have urged users not to post any details of the game ahead of its release date, adding that fans should probably skip the internet altogether to avoid having details spoiled. Just in case, you know.