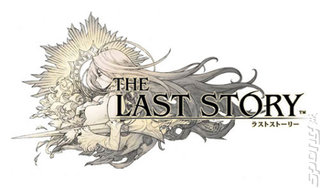 In the most recent in the series of Iwata Asks where the CEO of Nintendo Japan, Satoru Iwata, talks with the staff of upcoming titles for Nintendo's game consoles, he speaks with the father of the Final Fantatsy series, Mistwalker CEO Hironobu Sakaguchi.

The conversation between the two highlights many details surrounding upcoming title The Last Story such as when the project started for the title, how Sakaguchi felt when work on the title began and the new challenges he faced as a result of this.

Sakaguchi further talks of how being directly involved in the development process allows him to see things in a different light and move into a more hands-on role as game director once again.

He went on to discuss the importance of story in modern titles and working on fundamental problems that would arise from developing the gameplay systems that will be used in The Last Story.

Sakaguchi commented on the development process, explaining that:

"It was the same during the time of Final Fantasy, but I always give my all and develop with the feeling that 'it would be fine if this were the end.' However, this time, that feeling is particularly strong."

To which Iwata replied: "It's like you're putting in so much that even if it were your last project, you would have no regrets."

Seems like Mr Sakaguchi has his last project on his mind every time he makes a new title. Hopefully this won't be the last title he and his team at Mistwalker develop as their track record so far has brought some interesting efforts (Lost Odyssey was very traditional but solid and Blue Dragon).

Do you want the father of Final Fantasy to keep on making titles for years to come? Would you like to see him collaborate with Square Enix again maybe? Feel free to express you thoughts in the comments below.