Milo 'appeals to all the dark thoughts of humanity'. 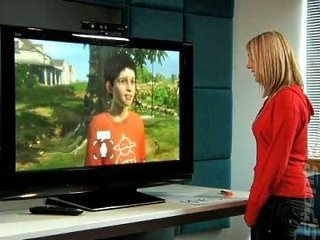 Peter Molyneux has been awfully quiet about the Milo and Kate demo since E3 2009, when it was showcased to a surprised audience. The reason, he tells USA Today, is that he has "mountains to climb" in pushing for a retail release - because the game involves users interacting and forming a relationship with a young boy.

"I think [consumers will get to play it] eventually, I do," Molyneux said on the programme. "[But] there's a lot of huge mountains to climb before that happens. The reason for that is it is enormously contentious for us to do a game, a story, an experience, about a boy. You are immediately appealing to all the dark thoughts of humanity."

"What you look for in drama and story is uniqueness and you look for experiences that people haven't had before and I think it's good to get it on a contentious level."

Molyneux said that while he hopes that Milo and Kate would eventually see release, that won't be any time soon. From a development standpoint, it currently sits as a "very, very big tech demo. I don't think of it as something that would be a boxed product on the shelf."
Companies: Lionhead Microsoft
People: Peter Molyneux

r0g3r 5 Aug 2010 13:24
1/2
Shocking that Moulineux find it controversial to interact with a young boy. I wonder what goes on in his head. The only dark thoughts are his imo.

deleted 5 Aug 2010 18:45
2/2
As soon as i saw this i wondered if i could convince Milo to put that pencil up his noise or draw what he saw mommy and milk man doing last week!
Posting of new comments is now locked for this page.