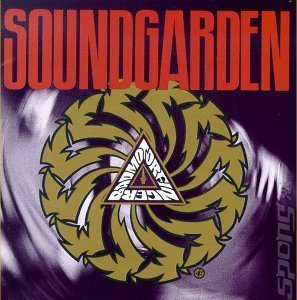 Great days, great, great days.
1990s rock sensations, Soundgarden, have returned and not only just to rerun their old classics. They have a new single called Black Rain that will "debut exclusively in Guitar Hero: Warriors of Rock".

It comes from their first LP in 10 years or more, Telephantasm which is to be released as Downloadable Content with GH:WoR this September. Grrrreat. Oh, the album is in fact a retrospective. Actually, Black Rain is from the Badmotorfinger sessions, that's their third album... released in 1991.

Here's a quiz for you, you'll pass if you've been paying attention to any games marketing types in the last 10 years.

Guess what word Tim used, email it to feedback@spong.com and we'll give the first one we find either accurate or amusing our beloved Mini Ninja statuette.

Back to the news. Nope, really that's it, Soundgarden debuts its new single (well, an old song as a new single) in the game. In your face music business!