Lapin: Atari Was Like "An Old Onion That Smells Really Bad"

But things are turning around 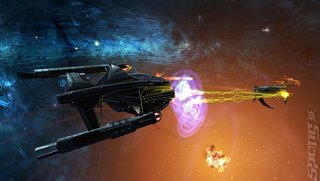 Atari Chief Exec, Jeff Lapin has told the LA Times that the company's affairs were, "like an old onion that smells really bad and every time you peel away one problem, you find another."

Atari founder, Nolan Bushnell, agrees that until Lapin took up the reigns in December of 2009 as the fourth CEO in three years, Atari, "wasn't just being mismanaged, it was being abused. It ended up a shell."

Atari president, Jim Wilson has some good news in terms of turning the well-loved brand around. "Over the next six months you're going to see some of our best brands coming out as casual online games and digital downloads across multiple platforms, and you'll see a handful of retail releases," he states.

Lapin, Bushnell and Wilson have already taken the company from a weakened financial position with a meagre $7.7 million in cash reserves in 2009 to $13.4 million in cash with $57.4-million in available credit as of March 31st 2010. It remains $25.4 million in debt though.