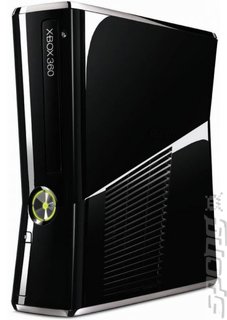 Microsoft's revamped Xbox 360 console seems to have achieved more than a reduction in size and noise, as the sleek black box has enjoyed the biggest UK launch sales figures for a "revised" home console.

That's according to Chart-Track, which not only studies the sale of game software but also the popularity of the hardware and their revisions. Following the Xbox 360 'S' model's release, sales have reportedly surpassed that of both the PlayStation 2 Slim and PlayStation 3 Slim launches.

Sales of the 'S' were so impressive in fact, that they came close to the original Xbox 360's launch numbers back in 2005 - an introduction that saw two different models offered on store shelves, the Core and the Pro.

DoctorDee 20 Jul 2010 10:15
1/1
Do you have any figures to support this? And what does "sales have reportedly surpassed" mean? Week one sales, total sales?

Since most of these (and those of the PS3 Slim) sales would have been trade-ins, do these figures have any meaning? Plus the fact that PS3 was nowhere near as noisy as the 360, and PS3 owners lost backward compatibility by upgrading, 360 owners lose nothing, and reputedly get a quieter unit.

As for the reduction in noise, mine is not noticeably quieter than its very noisy, slightly bigger brother. The reduction in size, it's minimal, and with the huge great power brick still hanging out he back, it's academic too.