Molyneux: Milo is 'a Trick that Works' 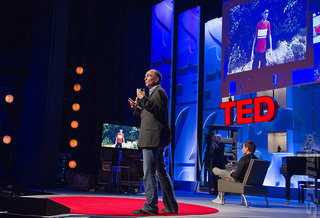 During the talk he said, "Most of it is just a trick - but it is a trick that actually works." He was referring to psychological techniques Lionhead has built into the technology, along with software controls over subtle facial movements such as blushing and nostril dilation to indicate emotions such as stress.

Molyneux seems to have added to the confusion over what, exactly, the Milo & Kate technology is for. The BBC reports: "At the moment, the technology is still in development and Microsoft has no plans to release it, he said.

"However, he hinted that the game was designed to be used for millions of people and therefore could one day become a commercial product."

That echoes comments from Aaron Greenberg last month, which suggested that Milo & Kate won't be getting a retail release. Greenberg later backtracked on those comments, however, and Molyneux himself indicated at GameHorizon that the game will be seeing commercial release.

Story details were revealed for the first time. Milo is a child who has just moved from the UK to New England over in the States. His parents work a lot, leaving him alone for long periods of time. Following a 45 minute tutorial (at the end of which Milo will apparently recognise you) you get the opportunity to explore the game more freely.

The demo, showed a player interacting with Milo to skim stones, encourage him to step on snails and even cheer him up. ?There are lots of adventures ? some of which are quite dark,? Molyneux said.

A video of the demo should be available in the not-too-distant future.
Companies: Lionhead Microsoft
People: Peter Molyneux