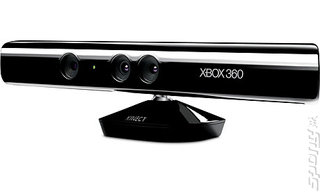 Microsoft's Kinect peripheral may be getting something of a lukewarm reception since its full unveil at E3, but Sandeep Aggarwal, analyst for Caris & Co., predicts that the company could benefit from an extra $1 billion in revenue following the device's launch.

Aggarwal writes in a research note that Kinect will generate $2 billion in total thanks to increased consumer spending, with 50%-60% of that going to Microsoft. Of course, how much of that (if any) will be actual profit is up for grabs.

The analyst is working on the theory that the peripheral will sell at retail for the rumoured $149 - with a predicted 15%-25% of the Xbox 360's 40 million user install base buying into Kinect, that comes to nearly $900 million in additional revenue alone.

Other ways in which Microsoft can benefit from the Kinect's launch year include a higher rate of Xbox 360 consoles being purchased - Aggarwal reckons the company could sell an additional one million consoles, making for $300 million in revenue - the "sale of new software titles" and an increasing Xbox Live userbase.

Do you think the Kinect will perform this well? Would consumers buying into Kinect be likely to subscribe to Xbox Live Gold? Let us know in the comments box below.