It actually is coming out, apparently. Just not this year. 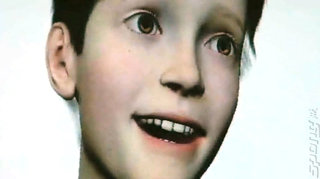 Microsoft's Aaron Greenberg must have put his foot in it a little bit. Or he might be trying to drum up more consumer interest in Kinect. Either way, the executive has attempted to clarify statements made on Australian TV that Lionhead's Milo tech demo won't be released to market.

Writing on his Twitter page - as every industry insider tends to do these days - Greenberg wrote; "Project Milo absolutely continues in development at Lionhead Studios, it is just not a product we plan to bring to market this holiday."

Now the first bit certainly rings true, if his previous comments on ABC's Good Game are anything to go by. It's "a technology that continues to exist" but won't see the light of day on store shelves. It's that second part that gets us.

Greenberg suggests that Milo might in fact come to market, within the next year or two, with such comments. Could that really be the case? It would certainly coincide with Sega's comments about 'hardcore' Kinect games taking more than another year of development time to become market-ready.

Is Milo coming out 2011/2012 or is it destined to the research timeline forever? Do you even care anymore? Let us know in the usual place.
Companies: Microsoft
People: Aaron Greenberg