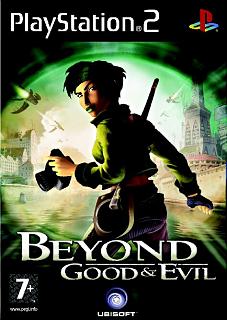 A rather stinging rumour is doing the rounds right now surrounding the employment of Ubisoft's most well-respected developers, Michel Ancel. According to French outlet Wootgamer, anonymous sources say the visionary behind Rayman and Beyond Good & Evil has left along with another unnamed "star developer" to form a new studio.

Along with this comes alleged internal troubles at Ubisoft Montpellier with the development of Beyond Good & Evil 2. As a result, the sequel has been pushed back, and may even be on hiatus - or worse, cancelled. Such an outcome doesn't even bear thinking about.

On the bright side, the rumour continues by stating that Ancel will still be working in some capacity at Ubisoft, and that the acclaimed auteur has expressed a desire to work on more "classical" style games. It's been assumed that this means 2D-based traditional game mechanics.

All of this is rumour for the time being however, but with nary a peep from Ancel or his works since the reveal of BG&E2 we wouldn't be surprised if this turned out to be true. Heartbroken for sure, but not surprised. Sigh.