Beyond Good & Evil 2 'Possible, but Painful' on Current-Gen 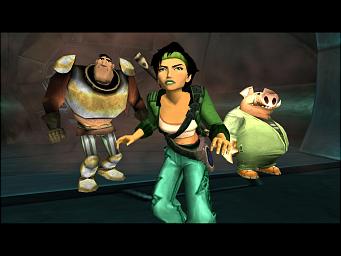 Beyond Good & Evil 2 is currently in development for next-generation consoles. Previously, creator Michel Ancel stated that it would be nearly impossible to make the sequel with current-gen technology. Today, he admitted that it could be possible, but would be very difficult.

Asked if the game could see a release on Xbox 360 and PlayStation 3, Ancel replied, "Beyond Good & Evil 2 was possible [on current-gen], but it'd be painful. It's always possible to do anything on any kind of console, but sometimes you need to spend your energy not on the optimizations or things like that.

"Now that we have the [new] consoles around the corner we're working on them," he added. "We're trying to see how we can get the power out of those consoles because there are still things we need to understand on those consoles, but yes, Beyond Good & Evil is a project I always have in mind and I hope good things will come for this project very soon."

It probably makes sense that the game is headed for next-gen consoles, given that the Xbox One and PlayStation 4 are set to launch this year. A release such as this would likely get dismissed quite easily if it hit current-gen systems, say, late next year. Beyond Good & Evil deserves as many eyeballs on it as possible.