All but one legal claim passes through federal court. 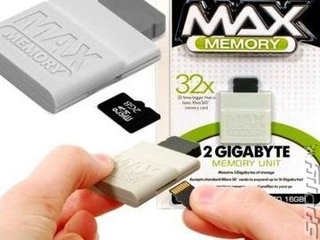 The scuffle between Datel and Microsoft continues, as a Californian court gives the third-party peripheral maker the right to pursue five of the six antitrust claims surrounding the locking out of its Xbox 360 accessories.

Microsoft had attempted to get the case thrown out, but the only motion federal Judge Elizabeth D. Laporte accepted was Datel's argument that the company was monopolising the Xbox Live market. Regardless, Laporte said that Datel could still amend this claim.

One of the arguments rejected by Microsoft was the agreement to users that they could not use third-party accessories when they buy an Xbox 360. Datel said in a statement yesterday, "Indeed, if Microsoft's reading were accepted, it would be impermissible to use the Xbox with a variety of accessories not manufactured by Microsoft, including televisions and music players."

"We are pleased that the court dismissed one of the claims, even at this initial stage, and look forward to addressing the remaining claims in subsequent proceedings," Microsoft legal spokesman Kevin Kutz said.

Datel and Microsoft became worst enemies when the software company released an update on the Xbox 360 that disabled the use of third-party memory units.