Aims to change that by continuing to creating unique products. 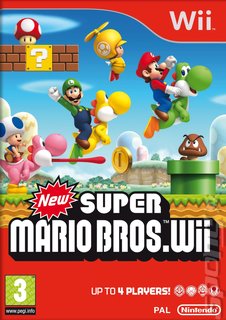 Nintendo might be set for a stellar year in 2010 with Super Mario Galaxy 2, Metroid: Other M and Sin & Punishment 2 on the way, but last year things were a little bit dry for the Wii platform. Shigeru Miyamoto recently admitted that its games lineup in 2009 was not fun enough.

The legendary game designer told The Economist that; "the fact that in 2009 we were not able to sell more than we did in 2008 was simply that in comparison, we were not able to produce fun-enough products." He added that the company will continue to create "unique and unprecedented experiences" to overcome that problem.

Rather than the big-hitting titles released in 2008, Nintendo focused on updates and Gamecube re-releases. Its biggest titles during the year were Wii Fit Plus and Wii Sports Resort. New Super Mario Bros. Wii put the company back on track, but was released towards the end of the year.

In an ONM interview, Miyamoto said that he will not rest until a games console is found in every household. "One thing I'm sure I'd like to be working on is our efforts to make games accessible for everybody," he mused. Bless him. We hope he never retires. He's too nice.
Companies: Nintendo
People: Shigeru Miyamoto
Games: New Super Mario Bros. Wii Wii Fit Plus Wii Sports Resort