Peter gets worried, then cheers up 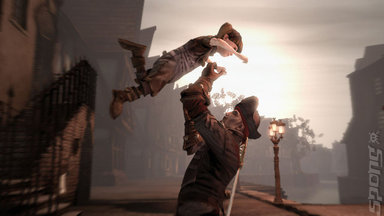 Microsoft's inimitable Peter Molyneux has been tweeting today about some concerns he has regarding early play on Fable III. But never fear, a resolution is reached.

First tweet of the day - in Peter's own style:

"Been playing the opening of Fable 3, I am slightly worried that there is no combat for the first 30 mins. Is this too long, thoughts."

Apparently, it's not too long without combat (maybe Mr Molyneux referred to Yakuza III or Heavy Rain for a long-time-before-stuff-happens gauge?).

"In responce to the 1st 30 min no combat. There is no combat because it is so dramatic, and that drama has little room full combat", says the great man in his own follow-up.
Companies: Microsoft
People: Peter Molyneux
Games: Fable III