New technology can port XNA code over to Apple's phone. 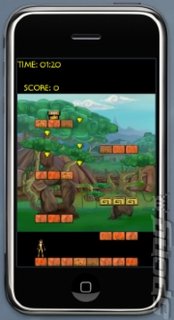 Microsoft plans to release games that can be played on a PC, Xbox 360 and the upcoming Windows Phone 7 Series, using a system that takes advantage of the XNA developer framework. But collaborator and legal opponent Novell is creating a new system that will easily translate those cross-platform games over to the iPhone.

The move will beat Microsoft at its own game by introducing cross-platform mobile titles well before Windows Phone 7 is introduced sometime next year. By also taking advantage of the Xbox 360 games roster - most likely limited to its Live Arcade and Indie titles - a unique selling point of Windows Phone 7 is at risk.

Novell showed off an open source version of the Indiana Jones game Microsoft demonstrated at a previous event. On the iPhone, it was an example of how the XNA framework could be ported to Apple's multi-touch device.

A further demonstration of the technology is expected later today. A similar system for Android phones is also in the works, but is still in early development.
Companies: Microsoft