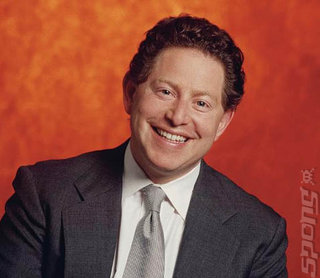 Activision CEO - and current Gamerz arch-fiend until the next one comes along, Robert - Bobby - Kotick, apparently thought that buying "a contract developer" that "only had WarCraft" was insane. The contract publisher was Blizzard.

Speaking in an interview the Activision/Blizzard CEO spoke about a discussion he had with venture capitalists Davidson & Associates in 1995. D&A had bought Blizzard for $7million.

Says Kotick, "That year Activision probably had 60 million (dollars) in revenues. They (D&A) said they paid seven million dollars for Blizzard. I?m like 'Are you out of your minds? They?re like a contract developer! They have Warcraft but what else do they have? You paid SEVEN million! That?s insane!"

Bear in mind that the Activision/Vivendi/Blizzard deal in 2007 was said to be worth $9.85 billion then, with some estimates now placing it at $18 billion.

Kotick continues, "I was talking to [Blizzard founder] Mike Morhaime the other day and I said, 'You know, I could have bought you for seven million and instead it was seven billion.' [Laughs] He said, 'Yeah, could you imagine if I had just held out for the seven billion instead of the seven million?'?