Microsoft: Natal is No Wii 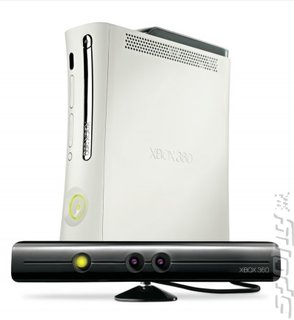 Just because Bill Gates told the world that Natal wouldn't just be for games back in July of '09 shouldn't stop Aaron Greenberg from repeating the message.

Talking to Kotaku, Microsoft's Director of Product Management for Xbox 360 and Xbox Live told the site, "It's not just about playing games", before heading into world of 'experiences' specifically, "lifestyle experiences, entertainment experiences and the ability to navigate the dashboard."

Back on the old-fashioned subject of games though, Greenberg can't see a bunch of Wii ports arriving for Natal. "Because we are doing something completely original," he says, redefining the word 'original', I don't think you will see Wii games ported over. That's one of the nice things about not doing the motion sensing controller, we're going to have original concepts.

Ouch, and then more anti-Wii ouch, "I don't think that puts us in a Wii category, because we're still a high-definition console, we still have the online community, Live will be very much integrated into these experiences, so I think there's a lot more richness that we're able to bring to life with it. I think the type of games will be different."

So, what concepts? "If you were going to make a Natal game, it probably wouldn't be Forza 3."

Ironic, as this is exactly why it won't succeed.

oj 12 Jan 2010 09:22
2/2
ironic, because the wii audiance is the exact audiance Natal is targeted at.
Posting of new comments is now locked for this page.