To be more story-driven, apparently 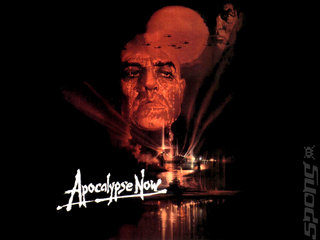 New rumours have surfaced about the (allegedly) Vietnam-based Call of Duty 7.

Word doing the rounds is that CoD: Vietnam will be heavily story-based, homing in on the stories of individual soldiers: basically then, lifting the idea of Michael's Herr's Dispatches; and why not, Francis Ford Coppola did.

The rumours go back to a story that's actually over a week old on Abstract360, which attributes that little factoid to "reliable sources" belonging to PlanetXbox360, though the story doesn't actually appear to be up on that site.

Abstract360, apparently jumping to a source of its own, goes on "According to our source, similar to how the original CoD titles modeled themselves after the direction and pacing of movies such as Saving Private Ryan, CoD: Vietnam will borrow from notable war films such as Platoon, Apocalypse Now, and Full Metal Jacket."

Of course, word's been floating around that the next CoD game will be set in Vietnam for a while now, so all of the above sounds perfectly plausible. Given the vagueness of the source, however, we'd just recommend going and pinching a bit of salt off the road to take with it. Actually, don't. We need that salt where it is.
Companies: Treyarch
Games: Call of Duty: World at War

Random 15 Mar 2010 11:36
5/5
i honestly tihnk they are bring out this new cod out to soon, they've just relised mw2 really and many people still play on world at war so i think its a bit to soon to bring out another cod.
Posting of new comments is now locked for this page.