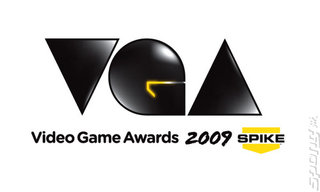 In America, there?s one thing you can count on before you open your presents and react like a beast to getting that console you?ve always wanted. The Spike TV Video Game Awards, which celebrates the best the industry had to offer throughout 2009.

This year, the show saw a number of surprising announcements and showcases of highly anticipated games. Among these were reveals of Batman: Arkham Asylum 2 (reported over here with trailer), Star Wars: The Force Unleashed II, Green Day: Rock Band, Deadliest Warrior: The Game and True Crime.

While people where whooping at a new Batman game being made, there were also first looks at Halo: Reach, Prince of Persia: The Forgotten Sands, the new Medal of Honour, Spec Ops: The Line, Crackdown 2, UFC 2010 Undisputed and Tron: Evolution. And here you thought December was a quiet time of the year for game news.

The awards themselves invited a flurry of debate as to which game truly deserved the title, even in the SPOnG Underwater Castle where the serene landscapes and inoffensive coral seldom have us arguing about anything (OK, that?s a lie).

While Uncharted 2: Among Thieves picked up some well deserved awards, such as Game of the Year and Best Graphics, X-Men Origins: Wolverine Uncaged Edition managed to win the Best Cast award. But that?s cool, because we know they really meant Brutal Legend, right? And of course, Megan Fox winning Best Female Performance would have nothing to do with her actual performance.

In general, the VGAs was a fun-filled evening packed with talking points galore and revelations aplenty. Any results that you disagree with? Voice those concerns in the SPOnG forum. If you want to see a list of the winners, they?re at the bottom of this page - just below is a tower of videos of all the first looks and reveals made at the event. Enjoy!


Prince of Persia: The Forgotten Sands