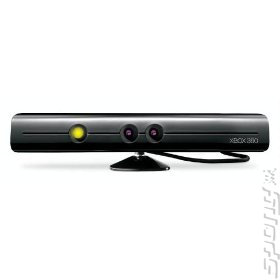 It must be a hard life being a computer game industry analyst. Today, prominent fortune-teller Michael Pachter has been asked about the pricing of motion controlled peripherals by IndustryGamers, and predicts that Microsoft's Natal project will cost consumers $50.

It's a number that's significantly less that many would be expecting to pay for the technology the camera holds. Pachter makes his claim by stating that Sony and Microsoft have to keep RRPs low on their respective motion controlled devices if they are ever hopeful to achieve broad penetration.

"I think that Natal will cost $50, as it only really involves a camera (a three-lensed camera, but a camera nonetheless)," says Pachter, "[Sony's Motion Controller], on the other hand, involves a camera and two controllers, so it may be slightly more expensive. I would be surprised if [Sony's controller] retails for more than $100."

The market analyst also suggested that Sony and Microsoft are approaching the motion-controlled market differently, with the statement that Sony is trying to replicate the Wii's success and Microsoft is simply expanding its reach within existing 360 households.

How much would you pay for Natal or Sony's Motion Controller? In the immortal words of Banzai, "Place Bets Now!"
Companies: Microsoft Sony
People: Michael Pachter

Alex 16 Oct 2009 11:39
2/13
Pachter doesn't normally get his sums wrong, but I think he's missed the boat on this one.
Natal is not just a camera, but consists of additional components that will process the camera feeds in order to not further tax the XBOX360s processing capability.

MS has already articulated that Natal would be priced 'as a console' rather than a peripheral.
http://www.eurogamer.net/articles/microsoft-speaks-on-natal-pricing

Given that MS also places a premium price on it's peripherals (e.g. $75-$90 for a wifi receiver) the $50 price point looks highly unlikely.

Hi Alex, as far as I could discover, what Robbie Bach said was that
"people should expect that it will go through the usual price curve..." "like anything else".

Somehow this has been taken to mean that it's going to be priced like a console.

PaulRayment 16 Oct 2009 12:29
4/13
I think he is wrong but makes a good point by saying it needs to be priced low to get deep penetration. By the time Natal comes out you will be able to get a Wii+ for under Ł180. Now I know Natal is far more advanced than the Wii but if it is going for that market it needs to price it at an affordable price and not just for geeks with deep pockets that wanna give it a try.

I'd pay Ł100 for it if packed with a decent game - not a flashy one with high production values, just a simple but playable game. If it came packaged with a 360 too I'm sure there would be some tasty deals too.

Where did he get the info about three-lensed camera?

And why doesn't he mention multi-array microphone and depth sensor:

Are they really so cheap?

Anyway Natal seems to be to revolutionary to sell it at a price of a simple cheap accessory.

I was all "That's a SPAM link! bastards!" but it's actually quite useful.

Marc 2 Nov 2009 15:48
13/13
It has to be cheap, $50-$75 tops if they want it to be adapted by most owners. Or at least have it bundled with a Killer game, otherwise it just becomes an expensive add-on novelty ala Eye-Toy, and we know how well that item has become in gaming. Pretty much nill adaptation rate. MS will probably launch it with the next sytem? Personally I think the whole motion thing is overrated. I will not pay more than $50 for this thing if it ever gets made for this current system. How do you play Halo or other FPS with this kind of controller anyway? I did not buy the 360 to play bowling or other one button/wave interaction sports games and I sure don't expect Grandma to play the 360 with me either. I bought it for the excellent graphics and more Mature game library which so far it has delivered.
Now Wii sales have tanked since the motion novelty has dwindled and they're betting on the Wii 2 HD or whatever it's going to be called, so leave the Wii for the Kiddies and Families, I want better graphics (HD) and large worlds with 500 opponents (if possible).
I think it's great for consumers that we have 3 relative strong gaming systems available at the same time. This way not one company solely has a monopoly, consumers are the definite winners with this generation.
Posting of new comments is now locked for this page.